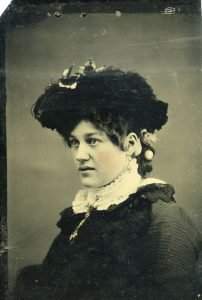 A former resident of Olympia, Minnie Mossman Hill was the first licensed female steamship captain. She navigated some of the most treacherous waters on the Pacific Coast, the mouth of the Columbia River on the border between Oregon and Washington, on a variety of steamships, one of them named the Minnie Hill.  She was posthumously inducted into the National Rivers Hall of Fame in 2017. Photograph selected and captioned by Deborah Ross on behalf of the Olympia Historical Society and Bigelow House Museum.