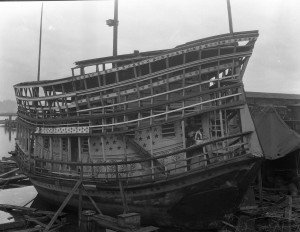 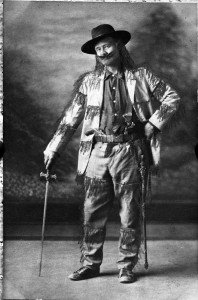 In 1920, William Greenwood began to build an ark, convinced that a second flood was imminent. The ark was constructed entirely out of found material, and located in West Olympia, near the waterfront of Budd Inlet. Greenwood, at right, spent the next 22 years working on the ark, which was decorated with flags, quotes from the Bible, stars, and other artwork. In the early 1940s the city reluctantly declared the ark a fire hazard and forced Greenwood to move to “retirement” in Grand Mound, where he immediately began building another ark. He died in 1958, surrounded by the animals he had hoped to save when the flood came. Link here to video footage of Greenwood and the ark. Photograph selected and captioned by Deborah Ross on behalf of the Olympia Historical Society and Bigelow House Museum.