Well here we are approaching the end of 2010 and all the holiday activities. So much to do.
Most of us are looking forward to the December 5 Bigelow House tour of historic homes for the Olympia area. I am volunteering to docent at that event for the first time. Be sure to get out for the tour. I’m told there will be a wonderful lineup of homes this year. See you there.

Along with the historic homes tour I always enjoy the Parade of Lighted Boats including the
historic Sand Man tugboat. And the downtown and area home Christmas decorations. And the two feet of La Nina snow. Oh wait – I didn’t say that!

This year the Olympia Historical Society is losing two outstanding board members due to bylaw required retirement. Please join us at our annual potluck meeting to thank Lois Fenske and Sue Goff for their many years of great service to the Society. The meeting starts at 5pm at the State Capitol Museum. Lois and Sue have a huge store of institutional memory about the society between them that will be missed at board meetings. But they will remain members and will be available to answer questions from us less experienced members.

Speaking of board member spots, we will need a couple of new recruits to fill the big shoes of Lois and Sue. Any takers? Come to the December 5 meeting to help vote in your new board members.

Happy Holidays from your President,

Fenske: Captain Calvin Hale and his house on Tullis Street, a Forgotten Piece of Olympia History

There is a unique house on the corner of Tullis and Pine streets in North East Olympia.  According to the description from the City of Olympia:  “This charming Queen Anne-style cottage was built for Captain Calvin Hale and his second wife, Pamela Case Hale in 1882.  The Hale House, though small in scale, captures all the spirited elements of the popular Queen Anne style: irregular profile and floor plan, steeply pitched roof, large front porch, elaborate use of fancy shingles, turned posts and other decorative millwork.”

It is currently a private residence as it was when it was built in 1882.  The unpretentious house is listed on the National and Washington State Registers of Historic Places as well as the Olympia Heritage Register.

Captain Hale was a master seaman and boat builder.  He married Waitstill Look in about 1841.  According to the 1850 census, they lived in Lincolnville, Waldo County, Maine with two sons, Henry Calvin, born 25 September 1842, and Samuel Look, born in 1846.  They had a daughter, Nancy A., born in late 1850, after the census was taken.

In 1851 Captain Hale, his wife and three young children decided to head west, but not overland.  They boarded a ship that took the family around Cape Horn to Olympia where he obtained a 320 acre donation land claim in North East Olympia.

In all of the federal, state and territorial census from 1860 on, Captain Hale was listed as a farmer (or agriculturist or horticulturist), but he made much more of an impact on his new home in Olympia than just as a farmer.

Captain Hale had been a legislator in Maine and he became active in local affairs soon after his arrival in Olympia.  In 1852 he attended the Monticello Convention and served in the first territorial legislature. At one time, he was the Thurston County Coroner and was on the Olympia City Council.  He also helped establish the Puget Sound Wesleyan Institute, the first school of higher education in the State.  (The original building still exists near the Capital Campus and is used as a private residence.)  Captain Hale was also on the first Board of Regents of the University of Washington.

In 1862, Captain Hale was appointed by President Abraham Lincoln to the post of Superintendent of Indian Affairs for the Washington and Idaho Territories.  In this capacity he was involved in the Treaty of 1863 with the Nez Perce tribe, among many other treaties over the years.

These were busy years for Captain Hale and Waitstill, Calvin with his local civic duties, his Indian Affairs responsibilities, and, of course, being a farmer.

Waitstill died 4 December 1870 and had been bedridden during the last six years of her life, having injured her spine in a fall.

On 17 August 1872, Captain Hale married Mrs. Pamela C. Case. They had one child, a son, Paul Eaton Hale, born in 1873.  Pamela was a respected school teacher, an astute busiiness woman and a founding member of the Olympia Woman’s Club.  In 1882, she became the first woman ever elected as Thurston County’s Superintendent of Public Schools.

1882 was also the year that the Hales had their house on Tullis Street built.  Captain Hale was only able to enjoy the house for five years.  He died in 1887.

Take a Sunday drive and look at this delightful little house.  It is worth saving for Olympia and the state’s and nation’s historic value.

The City of Olympia is currently updating its Comprehensive Plan, which is the primary document by which the city accommodates the region’s population growth over the next ten years.  The city has implemented a broad outreach effort in order to elicit feedback and input from the community.  You may have heard about it–Imagine Olympia.

The city has already conducted the first of two downtown focus meeting and more recently, two High Density Corridor meetings, that cover the main arterials on the east and west side–Martin Way, and Harrison.  As history buffs know well, there are a many Heritage Houses on the corridors, not to mention buildings of historical significance in the downtown core.  Many of these buildings have stories to tell which are may be completely lost on the every day passersby now and even more so in the future.

The tension is obvious: some, perhaps many, of these houses and buildings will be lost as they are replaced with higher density, modern structures.  As Olympia moves further away from its founding and as generations come of age who no longer feel the same sense connection to historical structures, the stories of these buildings become obscure.  As difficult as it is to see an old house demolished, it is tragic when the stories about them disappear.

Olympia’s Comprehensive Plan will stress connections to its past and will try to pay due homage to its history, but we can only do this accurately with your help.  Therefore, I urge you to get involved in the process and consider this an invitation to share your memories of your lives and memories in Olympia.  We cannot hope to maintain a tightly-knit community without our connection to our past.  Please write us, call us, or otherwise contact and let us know what you remember.  We’ll all be thankful for your effort.

Please include your name and contact information, including phone number and email address.  Dues also accepted at scheduled meetings.

Annual membership dues categories, as defined in our bylaws, are: 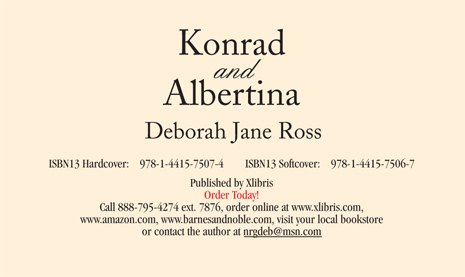