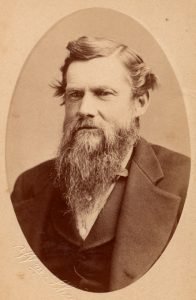 Captain Duncan Finch began his sailing profession in New York, then navigated the Horn to California. In about 1868 he arrived in Puget Sound, where he pursued a distinguished career as captain of the wood-burning steamer Eliza Anderson. He is described as a “cold water man,” that is, anti-alcohol, and permitted no alcoholic beverages to be served on vessels he captained.