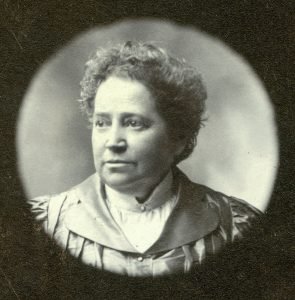 Abbie Howard Hunt, born and college-educated in Massachusetts, came west to seek a career. She eventually married Robert Stuart, a Federal lands commissioner, and moved to Olympia. Abbie was an ardent suffragist who founded one of the first women’s clubs on the west coast, the Olympia Woman’s Club. Its clubhouse on Washington Street is named for her, as are Stuart Apartments downtown, the site of the Stuarts’ home. Photograph selected and captioned by Deborah Ross on behalf of the Olympia Historical Society and Bigelow House Museum.